Did You Know Resting is a Commandment!?

When I come across a product or service that really excites me, that I think others might also enjoy, I will include the link below.  If you make a purchase after clicking on the link, I might earn a commission for the recommendation at no additional cost to you.

Have study notes that you don't know what to do with?

The pastor at our new church has been going through a series these past few weeks on the covenant that God made with the Israelites early on.  I believe the point of the series is leading up to Christmas and God’s ultimate fulfillment of the covenant with the gift of His Son.

One particular Sunday, as he was laying out the details of the covenant, he briefly listed the 10 commandments as they were given to Moses.  Unfortunately, I didn’t hear the rest of the sermon as one significant detail stood out to me – right smack dab in-between “using the Lord’s name in vain” and “honor thy father and mother”, is the fourth commandment:

What it Means to Observe the Sabbath

Have you ever wondered why God had to rest after creating the world and everything in it?  I mean, He’s God right?  Why would He need to rest?  He has no weakness.  The only possible explanation is that He did so purposefully, as an example to His people, who are most definitely flawed with weakness.

God rested, so that we would know how important it was to rest.

Why would He do that?  Why is rest so important that the God of all the universe would lower Himself to performing such an unnecessary function for who He is, and then to go so far as commanding His people to follow suit?

The short answer?  God may not have weakness, but we definitely do.  Our bodies, not to mention our souls, can only handle so much before they give out.  We are limited beings, and our Father knew we would feel the need to prove that we are above such things.  So He made it a commandment.  Especially here in the United States, where acknowledging our humanity in general is typically viewed as weakness.

Slow Down and Listen

Taking a day to rest isn’t just a solution for your body and mind, it will also cause you to slow down enough to see and hear God clearly.  When we are too busy to spend time with Him, we become distant and tend to start focusing on the next task to be accomplished rather than on cultivating a relationship with our Maker.

Taking a day each week to slow down and to take stock in the here and now, creates a new appreciation for those things in your life that are so precious.  And when we develop appreciation, we begin worshipping the One who is the giver of all things precious.

SUGGESTED POST:  GRATITUDE IS IMPORTANT, BUT WHO ARE YOU GRATEFUL TO?

What if You Don’t Keep the Sabbath?

In Old Testament times, it was a grave thing to break God’s commandments, this one included.  He gave these Sabbath day rules to protect us from separation from Him, both here on earth and in all eternity (as disobeying His command is a sin, and the penalty of sin is death).

In the mid-400s BC, when Babylon released the Israelites to return to their homeland, they had a hard time realigning with God’s laws:

Honoring the fourth commandment has been a struggle for all of God’s people from the beginning of time.  Who wants to waste a perfectly good day for getting things done?  But the truth of the matter is that it is a commandment as serious as not murdering your neighbor and comes with the same level of eternal consequences.

Keeping the Sabbath in the New Testament

The good news is that, while it is still considered a serious commandment, Jesus came to fulfill the law and to pay the consequence for our disobedience.  This by no means gives an excuse for not taking the Sabbath seriously; but instead brings grace to our lives.

Unfortunately, the Israelites over time had built up a fear of celebrating the Sabbath incorrectly and as a result, had missed its purpose altogether, making it instead into a form of legalism to hold over other’s heads.

The point is that the Sabbath was created as a mere glimpse of what was to come.  When Jesus was born, He came as the fulfillment of the whole law.  God’s covenant with His people stated that if the Israelites kept their side of the agreement by keeping the law (i.e. the 10 commandments plus some), God would keep His side by bringing blessing and salvation.

It is easy to get caught up in doing things “right” and checking off all the boxes.  But this kind of focus can be stressful and counterproductive, especially when looking at how to observe Sabbath, which by nature, should be restful.  The result takes your eyes off Christ, who is the very definition of true rest, and how can you benefit from the Sabbath if you’re not finding your rest in the Lord?

Rest in the Lord

Jesus came to abolish the law, observing the Sabbath included.  However, the requirement and need to find rest still remains.  But now, instead of finding it in a day at the end of a week, we can find that rest in Christ Himself.  Jesus is where our rest lies.  In Him we find peace, confidence of salvation, a reliance on His strength, and a promise of a heavenly home for all eternity.

SUGGESTED POST:  IS THERE A WRONG WAY TO FIND REST?

It is still a good idea to observe the Sabbath.  Afterall, it was a commandment that was put into place for our benefit and as a reminder of who God is in our lives.  But do so with that purpose in mind, not because you’re looking for some fulfillment in the day itself.  The Sabbath was created as a means to grow closer to the Creator Himself.  Please take advantage of it today.

Welcome to the Still Waters and Green Pastures Blog! 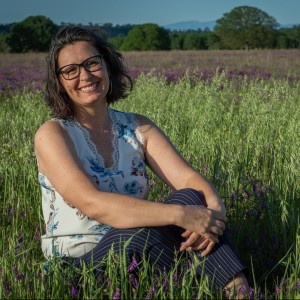 Amy is a 40-something, homeschooling, married mom of two in Northern California who loves Jesus and has a strong desire to reach women who feel exhausted, overwhelmed, and alone.
We use cookies on our website to give you the most relevant experience by remembering your preferences and repeat visits. By clicking “Accept”, you consent to the use of ALL the cookies.
Do not sell my personal information.
Cookie SettingsAccept
Manage consent

This website uses cookies to improve your experience while you navigate through the website. Out of these, the cookies that are categorized as necessary are stored on your browser as they are essential for the working of basic functionalities of the website. We also use third-party cookies that help us analyze and understand how you use this website. These cookies will be stored in your browser only with your consent. You also have the option to opt-out of these cookies. But opting out of some of these cookies may affect your browsing experience.
Necessary Always Enabled
Necessary cookies are absolutely essential for the website to function properly. These cookies ensure basic functionalities and security features of the website, anonymously.
Functional
Functional cookies help to perform certain functionalities like sharing the content of the website on social media platforms, collect feedbacks, and other third-party features.
Performance
Performance cookies are used to understand and analyze the key performance indexes of the website which helps in delivering a better user experience for the visitors.
Analytics
Analytical cookies are used to understand how visitors interact with the website. These cookies help provide information on metrics the number of visitors, bounce rate, traffic source, etc.
Advertisement
Advertisement cookies are used to provide visitors with relevant ads and marketing campaigns. These cookies track visitors across websites and collect information to provide customized ads.
Others
Other uncategorized cookies are those that are being analyzed and have not been classified into a category as yet.
SAVE & ACCEPT
Scroll to Top